=The Girl in a Whirl= is Doing Well in So Cal! 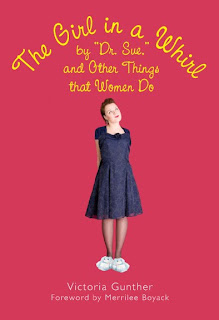 Two weeks before our house burned down (which was on October 11) my book came out. The Girl in a Whirl by "Dr. Sue" and Other Things that Women Do had already gotten really good reviews and I was excited about it coming out. But because of the fire and all the things we've needed to take care of and make happen, I haven't had much time to do all the book promotion that's involved. I did do several book signings, but not a whole lot more than that. But despite all that, it's still doing pretty well here in southern California where they at least know something about it.

Our January, 2010 issue of the Latter-day Trumpet is going to press within a few days and I thought you'd enjoy knowing that each month we publish the Top 5, a list of books, CDs and DVDs from all reporting southern California bookstores and your book, Girl in a Whirl is #4.

The actual Top 5 for Books, Fiction is:

4) Girl in a Whirl, Victoria Gunther

Each reporting LDS bookstore store in southern California provides us with their top 5 best selling products.

You are in very esteemed company.

Actually, a couple of weeks before that, our friend Pat Lovell had given Jay the then-current Latter-day Trumpet which showed this from the previous Top 5:

4) Girl in a Whirl, Victoria Gunther

I was SO surprised, and felt honored even to be anywhere on the same list with those authors! And while my book technically isn't fiction (okay, some of the funny stuff in it is, but a lot of it's not....) it's not a book that's mostly about doctrine either, like the books on the top five nonfiction book list that the Latter-day Trumpet compiles.

Anyway, I figured that Girl in the Whirl somehow got on that list due to the people who had come to my first book signing (mostly wonderful people from my ward!) and so on.

And when it came to any kind of "top list" on whatever happened in December, with so many books out there from big time authors that people could be buying as presents, plus all the new Christmas books that come out every year, I would never expect a little book of mine to be on that list!

But when I was at a bookstore for book signing where I had done one a few weeks before, the manager there told me that people who had bought my book because it looked good or because of me being there for the book signing or whatever, were calling in asking the store to set aside some of my books for them because they wanted to buy more as presents for other people.

Yeah, I have to say that made my day.

My hope is that the reason they wanted to buy it for their friends or loved ones is because it is funny and fun to read--and because it's also something that can help people feel a desire to be kinder, better individuals and more faithful followers of Christ in an encouraging way, without making them feel all overwhelmed or anything.

So if people think it makes a good gift because it's a fun present that can also bless someone, that sounds good to me (meaning, that's probably the kind of gift I'd like to give, especially when I'm not exactly sure what someone wants.)

Anyway, I was pretty surprised and happy about all this, as you might imagine!

(Hmmm. Now if only the rest of the world somehow knew that this book exists . . .)

The Girl in a Whirl at Amazon.com 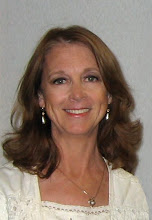 Having Girls Nite while the guys are at Fathers & Sons. We're at Denny's, with two more daughters sitting across from us, dressed just as beautifully!

Here's my comment on one of my favorite new books:

"Why Most of Us Need I Can't Believe It's Food Storage
When given good counsel,
I heed it!
We've got some food stored
If we need it--
Except if we do,
I haven't a clue
How to fix it
So someone will eat it!"

This is a very helpful book!

He has so many wonderful, uplifting, incredible books that your youth those ages will adore reading. If you're a parent of a teen, do yourself a BIG favor and buy each and every one of Jack Weyland's books for them to read. Thankfully, he's got a lot of them! He just recently came out with a new book called The Samaritan Bueno. You can buy it here. And he has another new book due to come out right away titled Brianna, My Brother and the Blog. Pre-order it now at Deseret Book.

Jack Weyland books always make great reading. But they're more than that. His books address a number of difficult issues in life that will help your daughter or son think, be inspired to bless and help others, encouraged to faithfully live the gospel, and more. The thing is, Bro. Weyland does it all so well as the gifted storyteller that he is, that they'll just think they're reading a great book. They won't feel preached to in the least, but they will be able to feel the goodness that comes through the pages and into their souls.

Dr. John L. Lund
Okay, maybe not everything. But John Lund IS fabulous. He's one of our favorite teachers, mentors, speakers, and authors.

Look through what he's got HERE. It's all amazing. His books and his lectures and workshops on CD address subjects such as:

--how to have close and loving relationships

--being better disciples of Christ

--the different divine roles of women

To call what John Lund does a "lecture" is quite different from how you'll feel when you experience hearing him speak for yourself on CD! He holds his listeners right in the palm of his hand, where he entertains, enlightens, inspires, and deeply moves them. He has a rare wisdom, as well as the gift of being able to connect with others.

John Lund has been an incredible blessing in our lives as an example of someone who understands our eternal possibilities, and helps point the way. We're very grateful.

Anything by Wallace Goddard. Everything he writes is simply wonderful in every way.

His books are listed here on his website. Get them ALL! Really. (You'll want to thank me for the recommendation once you do.) =o)

The Power of Positive Parenting by Glenn I. Latham--
One of the best and most complete parenting manuals ever.

Or make an immediate change in your home with his very short and outstanding Parenting With Love: Making a Difference in a Day (Read the reviews to see why!)